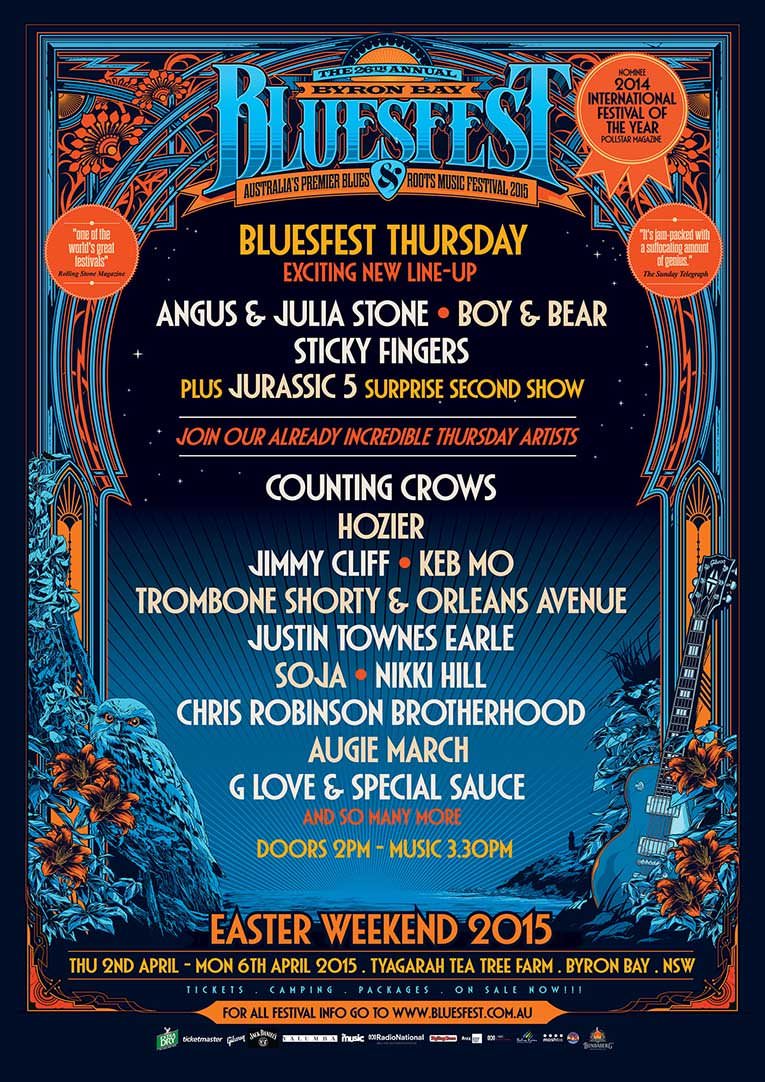 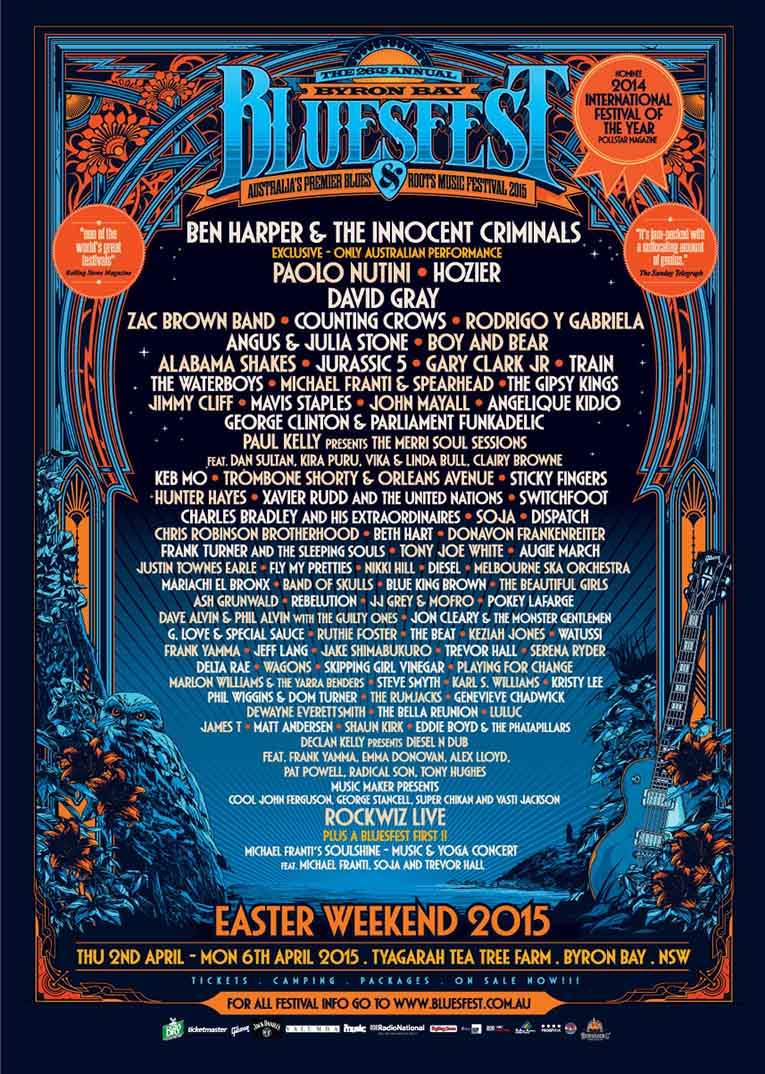 The East Coast Blues Festival began in 1990 at the Arts Factory in Byron Bay, New South Wales. It quickly became known as “Byron Bay Bluesfest” and “The Byron Bay Festival” and is now known as “Bluesfest”. At a time when the Maleny Folk Festival (later to be known as the Woodford folk Festival) was only just beginning and festivals such as Big Day Out and Womadelaide did not exist, the Bluesfest pioneered the presentation of blues music in Australia.

In 2013, the festival was estimated to bring over $64 million to the Byron Shire, and the indications of numbers for its 25th birthday, what with the amazing weather and increadible line-up, will definately be higher,

This message is only visible to admins.
Problem displaying Facebook posts. Backup cache in use.
Error: Unsupported get request. Object with ID 'posts' does not exist, cannot be loaded due to missing permissions, or does not support this operation. Please read the Graph API documentation at https://developers.facebook.com/docs/graph-api
Type: GraphMethodException
Byron Shire Lifestyle Tagged with: artist, camping, entertainment, festival, music