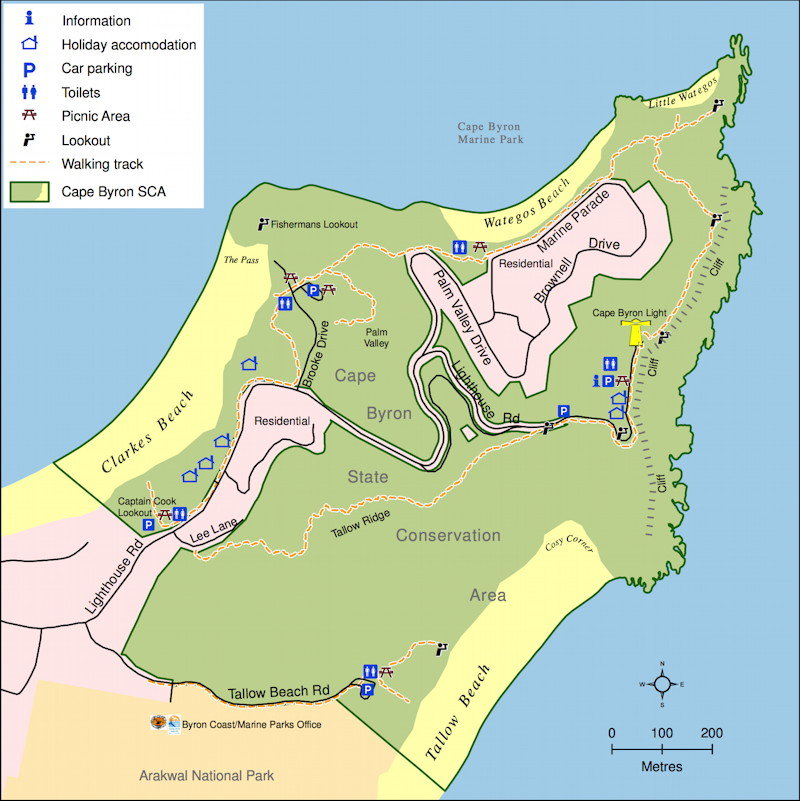 Cape Byron is the easternmost point of the mainland of Australia. It is located about 3 km (1.9 mi) northeast of the town of Byron Bay and projects into the Pacific Ocean. The Cape is home to Cape Byron State Conservation Area.

Built in 1901, the Cape Byron Lighthouse is the last of the great 19th-century Victorian era lighthouses managed by the National Parks and Wildlife Service (NPWS). It is constructed from concrete blocks and stands on the most easterly point of the Australian mainland.

There are a number of walking trails which traverse the park. Most of it is wheelchair accessible, and bicycles can also use the path. A 3.7 kilometres (2.3 mi) loop walk can be started at any point with parking available at Captain Cook Lookout, Palm Valley, Wategos Beach and the Lighthouse. 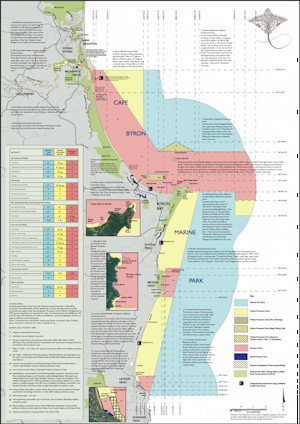 Cape Byron is part of the 22,000 hectare Cape Byron Marine Park, which was established in November 2002. The area is also noted for its wildlife, with the whale watching industry a significant contributor to the local economy.

Cape Byron Marine Park is a multiple-use marine park which includes protected areas where fishing and collecting are prohibited, and general-use areas which support both commercial and recreational fishing. It extends from the Brunswick River to Lennox Head, and from mean high water out to three nautical miles from the coast or islands. It includes the tidal waters of the Brunswick River, Belongil and Tallow creeks. Migrating whales can typically be seen swimming past the Cape.